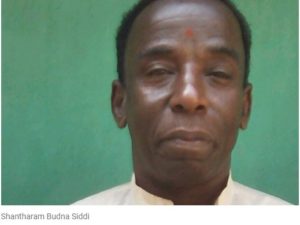 The Siddis of Indian State Karnataka (also spelled Siddhis) are an ethnic group of mainly Bantu descent (sub saharan ethnic group) that has made Karnataka their home for the last 400 years.There is a 50,000-strong Siddhi population across India, of which more than a third live in Karnataka. They are also found in Gujarat, Andhra Pradesh and some other neighboring states.

From where they Came?

Historical records indicate that the Portuguese brought the Siddis to India from Africa about 300–500 years ago; however, there is little information about their more precise ancestral origins. They speak their own language called Siddi Basha, and having lived in Karnataka for generations, they are also fluent in Kannada.

Dance and music are integral to their cultural identity. They are widely known for their expressive dance form Siddi Dhamal, which portrays their community life.Dhamal was originally performed as a celebratory dance, when members of the community returned from a successful hunt.

Subscribe to our email newsletter for a weekly look at the top stories in travel, design and photography.